Crucial to prediction of the abundances of heavier nuclides in non-standard BB nucleosynthesis is the 8Li(α,n)11B reaction [1]. Curiously this reaction has very little eﬀect on the predicted 11B abundance. Contrarily, most of the abundance of more massive nuclides, 12C and heavier, are generated at the time the 8Li abundance is large, so that 8Li(α,n)11B is crucial for predicting their abundances. Thus it is important that its cross section be accurately measured.

More recently, the 8Li(α,n)11B reaction has become interesting for another reason, i.e. as one starting point for the r-process [2]. The r-process produces approximately half of the isotopes above mass 80. It is largely believed to take place in the entropy rich bubble of a supernova type IIa between the still hot neutron star and the stalled or slowly moving shock front. In this region, initially all nuclei have been reduced to protons and neutrons, with the neutrons in some excess. During cooling the protons will largely be bound into α particles. The r-process proceeds then largely by neutron capture, starting from the masses reached by the α(αn,γ)9B reaction, the triple α reaction and the 3H(α,γ)7Li(n,γ)8Li(α,n)11B reaction chain. In any case, 8Li(α,n)11B is one way through the mass 8 gap and should be measured regardless of current theoretical thought. This information will have to be known in full extent of time when our theoretical understanding of stellar and cosmological processes are at a higher level than they are today.

Several attempts have been made to determine the low energy cross section for the 8Li(α,n)11B reaction. However, the technique used involved putting the incident 8Li beam into a heavy ion detector ﬁlled with helium and determining the reaction events from the change in trajectory and energy loss of the ions as they moved through the detector. Since there are certainly other processes that can produce trajectory changes, most notably elastic scattering, the analysis of the resulting events have been diﬃcult. The results of those studies suggest that the 8Li(α,n) reactions to excited states of 11B (which decay to the 11B ground state) contribute a large fraction of the total production of 11B from this reaction (so measurements of the cross section for the inverse reaction cannot be used to determine the total cross section of 8Li(α,n)). However, the importance of this cross section to IBBN and r-process models, and the diﬃculty of the previous measurements, make it very desirable to remeasure this cross section at low energies.

In the measurement of 8Li(α,n)11B we propose to detect the recoil 11B for decays from excited states of 11B in coincidence with the γ-decay as well as the ground state decay in single detection. Since the 11B are forwardly focused in the laboratory frame, with a maximum angle of 65◦ at the lowest beam energy, it is possible to cover almost 100% of the angular scattering range. Such high angular coverage would be considerably more difficult for neutron detection as the neutrons are emitted into 4π. Moreover heavy ion detection with gas-filled detectors is significantly more efficient at approximately 100%. The detector named TACTIC (TRIUMF Annular Chamber for Tracking Identification of Charged particles) will be similar, though with many improvements, to the one described in [3] which was used successfully to measure this reaction at higher energies. In addition, the BGO array from DRAGON will be used for γ detection. We propose to measure the excitation function from the lowest energy attainable, about 0.4 MeV, to 3.0 MeV (in the c.m.). At higher energies the previous 8Li(α,n)11B measurements are considered to be sufficiently accurate. Since the expected resonance structures are of order 100 keV in width, measurements will be performed in 50 keV steps, i.e. at 54 energy settings. The 9Be(α,n)12C reaction has similar properties to the 8Li(α,n)11B but has known cross sections and channels and therefore will be utilized for normalization and calibration purposes. Intensities of 8Li of up to 109 s−1 from tantalum targets have been proven at the ISAC yield station. This will allow for at least 108 s−1 of 8Li at the TUDA position. 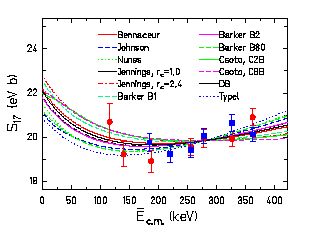 Fig. 1 Different theoretical extrapolations applied to the data of Ref. [4]

With the advent of high precision measurements of the 7Be(p,γ)8B cross section [4], the question of extrapolation to low energies in this reaction has become more pronounced. While this error is not the biggest nuclear uncertainty anymore in the determination of neutrino properties from solar neutrino observations, a further reduction of this extrapolation error will now and later with other improvements, further restrict these parameters. Indeed, if one takes available theoretical prescriptions for extrapolations, the scatter in these extrapolations for cross section factor S17(0) (17 denoting proton and 7Be) is as big as the error from experimental systematic uncertainties. Possible theoretical extrapolations from the data of Ref. [4] are shown in Fig. 1. However, while experimental systematic errors can be reasonably estimated, the scatter in the extrapolation leads to a somewhat unsatisfactory error estimate because it is quite evident that the theoretical extrapolations are of different quality and often based upon different experimental input parameters and different model approaches. One profound way to adjust the nuclear part of the theories is a precision measurement of the elastic scattering cross section of 7Be+p. This 7Be+p elastic scattering, in particular in the s-wave, is a very important ingredient for the theoretical description of the 7Be+p radiative capture. The knowledge of the elastic scattering cross section is necessary both for the theoretical extrapolation of direct capture measurements to astrophysical energies and for the interpretation of Coulombdissociation data. In the absence of precise scattering data, phenomenological models like the potential or R-matrix ones generally deduce this information indirectly by assuming charge symmetry with the mirror system 7Li+n, for which scattering lengths are known with high precision.

Recent 7Be+p elastic-scattering experiments have however raised some doubts regarding this procedure: (i) the Louvain-la-Neuve experiment [5] suggests that the 7Be+p scattering length for spin 1 is incompatible with the value expected from 7Li+n in the framework of a charge-symmetric potential model; (ii) the Notre-Dame experiment [6] is well described by an R-matrix formalism which is incompatible with the 7Li+n scattering length for spin 2 [7,8]. A possible explanation for such a charge dependence could be the existence of wide s-wave states at an excitation energy of about 3.5 MeV in both the 8Li and 8B nuclei, corresponding to the 8Be excited states seen in 7Li+p elastic scattering [9]. For 7Be+p, these states would be much above threshold (0.1375 MeV excitation w.r.t. 8B g.s.) and would only have a weak influence on scattering lengths. For 7Li+n, they would be much closer to threshold (2.0328 MeV excitation w.r.t. 8Li g.s.) and could strongly affect scattering lengths, which would cause an apparent breakage of charge symmetry.

Both 7Be+p scattering experiments quoted above [5,6] are rather imprecise, which makes theoretical discussions very ambiguous. In fact, the s-wave scattering length error (∼40%) derived at LLN leads to an uncertainty of about 5% in the theoretical extrapolation. More precise 7Be+p scattering data would allow to test the reliability of the charge-symmetry hypothesis, to check the existence of wide s-wave states in 8B, or even to eliminate the input from 7Li+n for the 7Be+p capture calculations. Various theoretical models(potential model, R-matrix, microscopic cluster model) can also be tested on these data or fitted to them, which will tighten the constrain on the 7Be+p capture cross section. With the TACTIC detector we will strive for a 10% error in the scattering length. The TACTIC detector will also allow for the first time a measurement of the inelastic proton channel to the first excited state of 7Be (429 keV). There is also the possibility to exploit the multi-tracking capabilities of TACTIC by measuring, also for the first time, the 3He channel opening,  7Be+p→3He+4He+p, at Ecm energies above 1.588 MeV.

Measured abundance for 7Li is within a factor of two agreement with Standard BBN models, however for the more fragile 6Li its abundance has been observed at a level three orders of magnitude above those predicted by standard Big Bang Nucleosynthesis model predictions. These discrepancies are known as the Lithium Anomaly.

It is proposed that an additional study be undertaken of the 7Li(3H, 4He) 6He reaction either at TRIUMF or at another facility. The halo nuclei 6He is a mirror nuclei to 6Li and decays to 6Li.

Under this proposal measurements of the 7Li(3He, 4He) 6Li cross section at low centre of mass energy are to be undertaken at TRIUMF using the TACTIC detector .